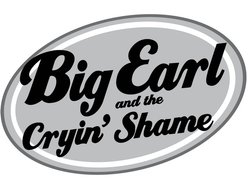 Big Earl and the Cryin’ Shame is a West Coast blues band from Modesto, California. Eli Lester and Jason Finley share guitar duties. The rhythm section is Randall Niemann on bass and Ian Stambaugh on drums. The group is fronted by “Big Earl” Matthews who belts out the blues. The band members come from varied backgrounds and have played just about every musical style from Jazz to Rockabilly to Rap. Big Earl and the Cryin’ Shame has built their music on a sturdy foundation of 50’s Chicago style blues infused with infectious funk rhythms, this unique blend of classic styles has been filling dance floors since 2007. The boys independently released their first CD, “Low Cash Blues”, in October, 2011. In addition to actively promoting their CD throughout the Central Valley these hard working boys can also be found gearing up for their second CD recorded live at the Gallo Center at their sold out show in Oct of 2014. They have had the pleasure of opening from such well known acts as; Charlie Musselwhite, Chris Cain, Cafe R&B, John Nemeth, MoFo Party Band, Billy TK Junior, Greg “Fingers” Taylor, Mark Hummel and BB King. The band is booking Clubs, Theaters, Festivals, Private and Corporate Event.