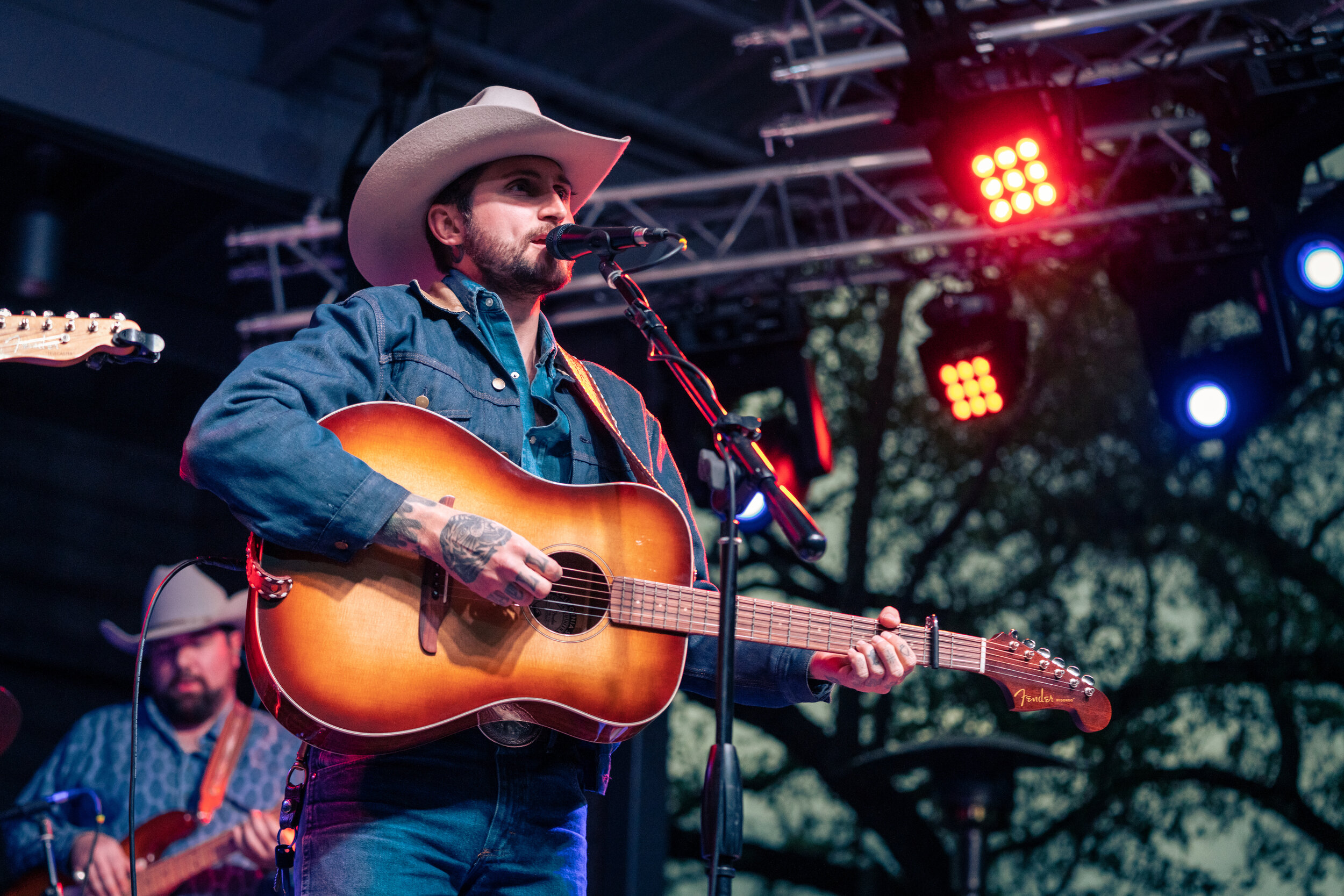 Jesse Daniel possesses the hard-won life experience that many sing about, but few have actually lived. Instead of wearing those trials like badges of honor, he has used them to forge the solid foundation from which he has built his career. After overcoming years of addiction and all that comes with it, he set out to make a life in music and hasn’t looked back since. This unrivaled determination led to his debut in 2018, Jesse Daniel, which proved to be a major foot-in-the-door for him as an artist. After touring this record extensively he released his second album, Rollin’ On, in 2020. If the first record was a foot in the door, Rollin’ On was a battering ram, making it near impossible to ignore his name in country music. It let the world know that Daniel was here to stay and received national (and international) praise from the likes of Rolling Stone, Sirius XM Outlaw Country DJ Shooter Jennings, American Songwriter and Saving Country Music among many others. It’s success in spite of a global pandemic only highlighted the impact it had.

Daniel used the forced downtime of 2020 to write and record his best work to date; a twelve song album called Beyond These Walls, collaborating again with esteemed Grammy nominated producer, Tommy Detamore at Cherry Ridge Studios. A good portion of its songs were co-written by Jesse’s partner, bandmate and co-owner of their independent label Die True Records, Jodi Lyford, who is heard throughout singing harmony vocals. “I wanted this record to reflect where I’m at in life… a more mature album and version of my sound, but without sacrificing any of the things that make it “Jesse Daniel”. Every song on this record reflects a part of me.” says Daniel.The collection features members of George Strait’s “Ace In The Hole Band” (Ronnie Huckaby), Willie Nelson’s band (Kevin Smith), and even includes a duet, completely in spanish, with Raul Malo of The Mavericks.