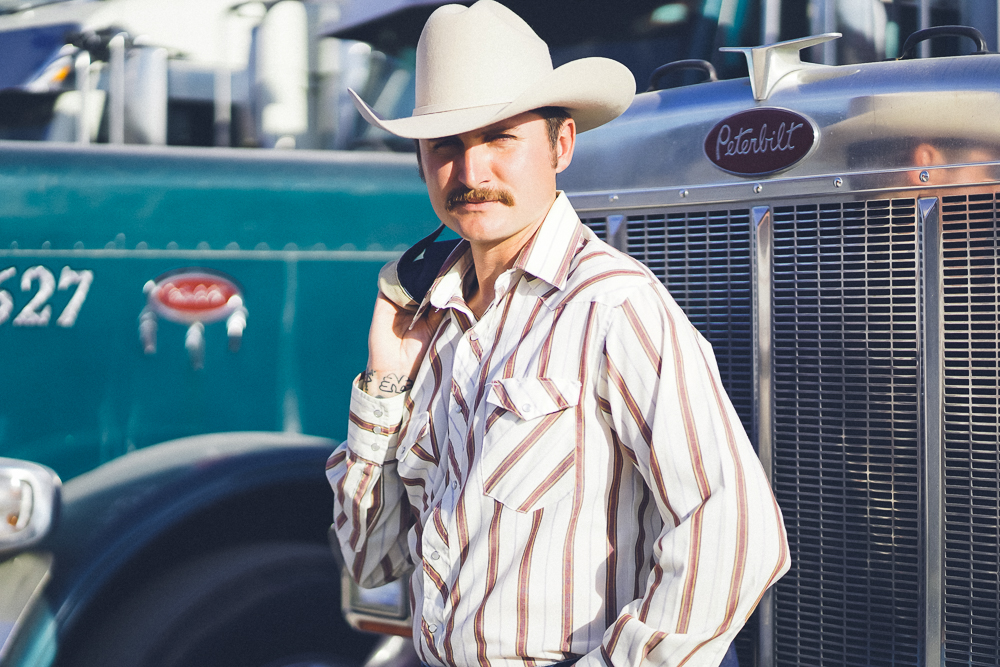 It is no secret that Jesse Daniel puts on one hell of a live show. With his top notch band, he’s
been touring the country for years and earning fans the old fashioned way; with honest songs
played well. The California native is blazing the trail for a new wave of traditional artists, bringing
his hard core country music to stages all over the US. There are many making traditional
country music in modern times, but there is no one making it like Daniel. His sound is uniquely
his own, while rooted in the tradition of his Bakersfield heroes like Merle Haggard and Buck
Owens. This one-of-a-kind sound has earned Jesse a place at the table among the best of the
country music world and has garnered the support of his contemporaries and fans alike. Over
the past few years, he and his band have toured and shared stages with artists like Colter Wall,
Tyler Childers, Sierra Ferrell, American Aquarium, Turnpike Troubadours, Shane Smith, Mike
and the Moonpies, Raul Malo and many others. Jesse’s touring schedule has taken him and his
band over 50,000 miles in 2022 alone and this year they aim to surpass that by a longshot.
Touring this extensively can be tough on a band, but it has proven to be what truly makes a
band great. There is nothing that will make a group tighter than grinding it out on the road, night
after night, club after club. That is why Jesse and his songwriting partner, fellow band member,
manager and fiance Jodi Lyford decided it was time to make a live album.