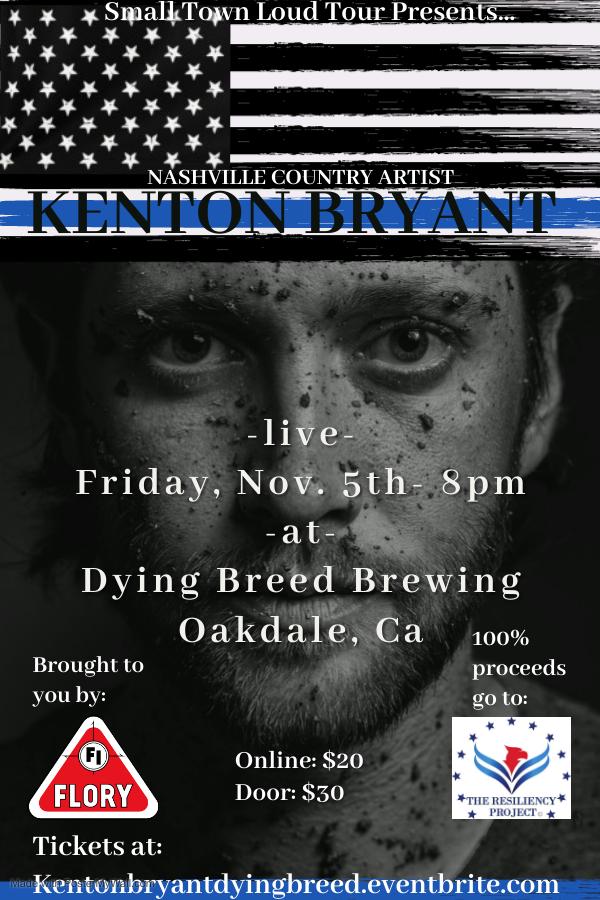 Kentucky native, Kenton Bryant, may have grown up with his two feet firmly in the state’s blue grass but his musical roots were planted deep in the sounds of legends like Paul McCartney, Bruce Springsteen and The Eagles. In his teenage years you would likely find him in a garage, cranking up a Fender Vibrolux amp, banging away at the timeless songs of these greats.

As time rolled on, his love of artists who could deliver raw emotions with a classic edge grew, and so did the list of his musical influences. Keith Urban, later followed by Eric Church proved that this authentic approach would explode in Country Music. Kenton knew that the craft he had spent so much time honing – unique phrases wrapped around thoughtfully crafted lyrics, sitting on a bed of classic rock textures – could have a home in Nashville.

With no backup plan, Kenton uprooted his life and moved down I-65 south to pursue his dream of recording and performing music for a livelihood. His diligent work studying and crafting songs with hit-makers up and down Music Row paid off when in 2017, Kenton signed a publishing agreement with 50 Egg Music (Jonathan Singleton, Luke Combs) and Big Machine Music (publishing division of Big Machine Label Group).