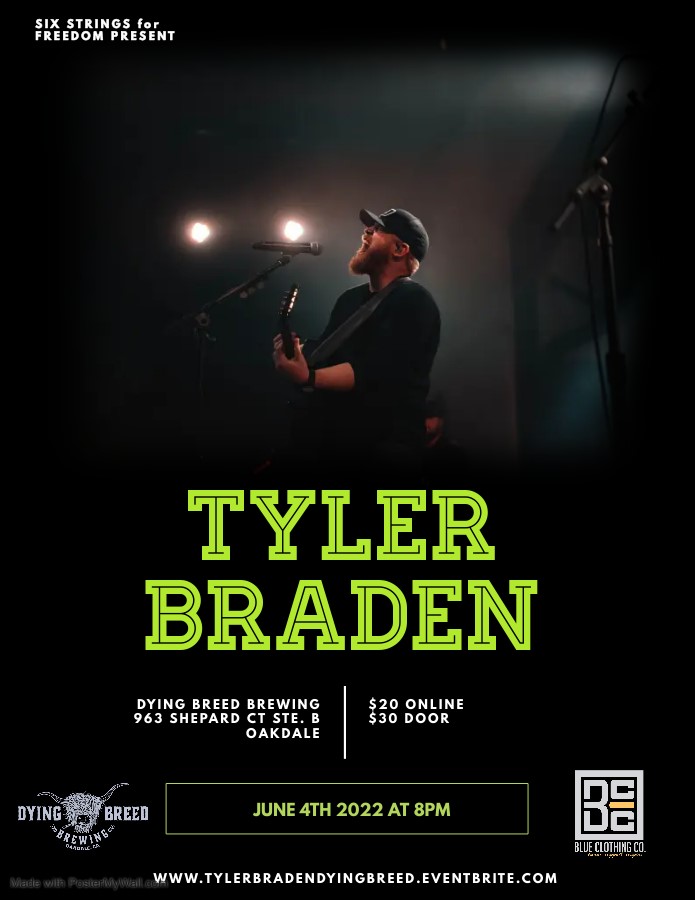 If you missed this show in 2021, DON’T MISS THIS UPCOMING SHOW!

If ever there was a Country artist ready to set the world on fire, it would have to be Tyler Braden. He has the gritty powerhouse vocal, the expressive pen and the ability to deliver a lyric with complete conviction worthy of a headliner. Braden grew up in Slapout, AL, with parents who fostered an early appreciation for Country music, guitar-playing songwriters filling the airwaves, and a group of rock-loving friends. His early twenties saw him playing local shows and touring the Southeast while serving as a first responder in Montgomery, AL, and then continued firefighting in the suburbs of Nashville while preparing to take his music career to the next level. With more than 85.5 MILLION streams already to his name and a growing list of major tour credits, he introduced himself to world as a major label recording artist with his take on NEEDTOBREATHE’s hit “Brother.” Praised for his “commanding delivery” (MusicRow), Braden offered the song as a tribute to his first responder family and all those fighting on the frontlines during the pandemic. To date, he’s earned massive fan response from original releases including “Love Is A Dead End Road,” “Secret,” “What Do They Know,” “Ways To Miss You,” and most recently “Try Losing One.” Braden’s Warner Music Nashville debut EP WHAT DO THEY KNOW (WDTK) is out now.